A $700 million expansion was started at Foxwoods in November 2005. The next year, Foxwoods made the announcement that the MGM Grand brand name would be leased for the new building. That expansion resulted in the MGM Grand at Foxwoods, proudly open to the public since May 2008. Although physically separate from the main resort at Foxwoods, the theatre is easily accessible via moving walkway.

The MGM Grand features 825 hotel rooms and suites, 53 table games, 1,400 slot machines, four restaurants, four retail outlets, and, of course, the 4,000 seat MGM Grand Theater at Foxwoods! Rated as one of the best grand theaters owned by Foxwoods, the MGM Grand Theater is designed for the best experience possible with it’s vast size, plush seating, and constantly maintained indoor temperature, in addition to a layout that gives excellent views from almost every seat with additional screens on either side of the venue. 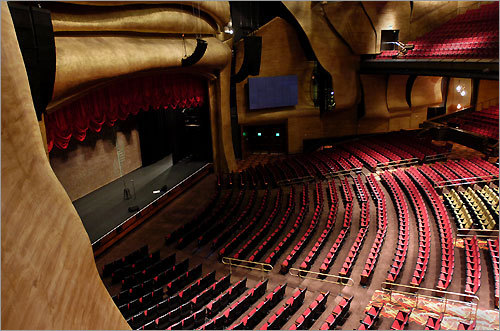